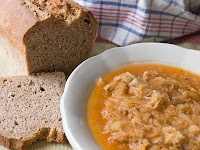 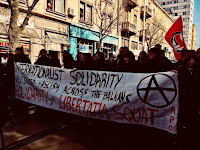 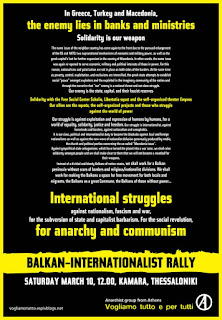 “The white man’s tendency to indulge in narcissistic self-analysis makes ethnographic research in Europe very difficult. […] As soon as the Europeans have written up their theories they start to believe in them. If you read these works of egocentric self-justification, you risk being taken in by the elaborate style in which they’re written and by their seemingly logical arguments. It is easy to end up thinking like the white natives that a curved line is straight, nonsense makes sense and the weird is normal.” (from the movie)

Join the next A.S.S. where we’re going to watch Darkest Deepest Austria (Dunkles, Rätselhaftes Österreich) directed by Austrian film-director Wippersberg. The mockumentary purports to be an episode of “Other Countries, Other Customs: Kayonga Kagame Shows Us The World,” a production of the fictitious All African Television network. Kayonga Kagame, the on-camera host ethnologist leads the audience into the darkest regions of the Eastern Alps and analyses the customs and activities of locals, such as the Oktoberfest, which becomes Christian ritual in his interpretation. The movie is a great satire of National Geographic documentaries, as well as a strong critics of the colonialist tendencies of European anthropology.

The movie will be followed by a discussion.