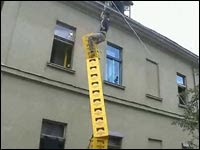 Little Pigi was taken to the paediatric-neurological clinic of the
AHEPA hospital in Thessaloniki on July 4th, 2011 after multiple

episodes of uncontrollable infantile seizures, while being four months

old. She was hospitalised until September 7th, 2011. She undertook all

treatments for epileptic seizures but regrettably did not show any

signs of improvement. On September 7th she was transferred to the

paediatric-neurological clinic of the Papageorgiou General Hospital in

Thessaloniki, remaining in a permanent condition of epileptic crisis
and with serious psychokinetic disability. At Papageorgiou hospital
she was given the treatment of a ketogenic diet as a final bid for her
survival. She continues to follow this diet to date (the diet is based
upon the notion of receiving more fats and less carbohydrates so as to
prevent glycolysis in the brain) and she has been showing very small
signs of clinical improvement since. In other words, from September
21st 2011, which is when little Pigi returned to her home, she
continues to have up to four epileptic seizures per day, lasting up to
15 minutes each – during which she must be attached to an oxygen
supply to avoid cyanosis (she already had one cyanosis episode on July
24, 2011 while hospitalised at the AHEPA hospital, and faced the
danger of being admitted to the Emergency Unit) in which case she
would have to be given anticonvulsants, which could in turn cause
irreversible brain damage.

Today, in conclusion, little Pigi (who is now 8 months old) lives with
her parents at her home, in a sterilised environment in order to avoid
infections that could prove fatal, and continues to receive a range of
anti-epileptic medicine, therapeutic milk suitable for a ketogenic
diet and vitamins which are vital since this milk only contains fats –
not any other ingredients that are valuable for the human organism
(trace elements, metals, proteins etc.); she has glucose and ketone
urine measurements and finally she is attached to an oxygen supply
during each of her epileptic seizures. She continues to be seen by Mr
Athanasios Euaggeliou, a paediatric neurologist and professor at the
Papageorgiou Hospital.

However, all this would seem relatively easy if the baby lived in a
state that could provide it with full medical and pharmaceutical
support, diagnostic tools or financial aid for her parents, who need
to watch her in rolling shifts as the next seizure could come during
its sleep. To the contrary: the therapy costs around 1,500 euro per
month (the milk alone, just to give you an idea, costs 50 euro per
carton, which is consumed within 2-3 days max – meaning a monthly cost
of 550-650 euro). Consumables exceed 150 euros per month (sticks for
the measuring of ketones, glucose metering tapes, glucose metering
needles, oxygen refilling, oxygen condenser rental) and her vitamins,
which are vital for her diet as mentioned earlier, cost approximately
200 euros per month. From these, we pay from our own pockets all her
consumables (in excess of 150 euros per month) and all her vitamins
(approximately 200 euros per month). IKA, Greece’s largest Social
Security Organisation, rather than showing sensitivity to this ordeal,
is considering cutting the provision of the special milk of the
ketogenic diet, as part of its cuts due to the financial crisis.

Also, IKA refuses to provide the parents even with the minimum
financial relief in the form of a disability benefit for the baby (in
the range of 200 euros), alleging that it cannot stand before a
disability committee before it turns 18 months old. However, there is
a great possibility of the baby never reaching the age of 18 months,
if we do not act immediately and we do not transfer it abroad. IKA
also refuses to send it abroad, here using the pretext that any child
up to the age of 14 can be transferred to any hospital (private or
public) in any country in the world, but only for therapeutic and not
for diagnostic reasons. In the Greek Banana Republic of 2011 however,
it has not been possible to get an accurate diagnosis of her condition
(at AHEPA they gave us a makeshift diagnosis according to which she
possibly suffers, most likely from early myoclonic encephalopathy) –
and this because in Greece there are no diagnostic means for such
conditions. Her parents, both of which are unemployed, are financially
maintained exclusively by donations and loans from friends,
acquaintances and people in solidarity and will be soon hosted at the
house of friends, since they cannot even afford to pay for their rent.
Also, with the invaluable help of friends and people who became
sensitive to the never-ending ordeal of little Pigi, they are trying
to collect money for her transferring abroad where the final hope of
some real diagnosis, and perhaps therapy, lies.
We rely on people’s sense of social solidarity and we call you to
support us in our difficult task of not allowing an 8-month angel to
die before Greek bureaucracy decides who has a right to survive.
However, since there are many people who have mobilised, we would
kindly ask for the bank account details not to spread, as there is a
serious danger of the bank confiscating the amount collected –
something that happens often when there is an abrupt increase in
deposited amounts, as it is assumed that the bank holders might be
distributing some product and avoiding to pay tax. We ask you to
contribute whatever you can (even 5 euros are invaluable at this
point) to someone you trust, and for them to contact us.

We thank you in advance.
The parents of little Pigi 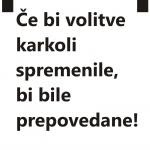 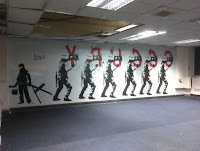